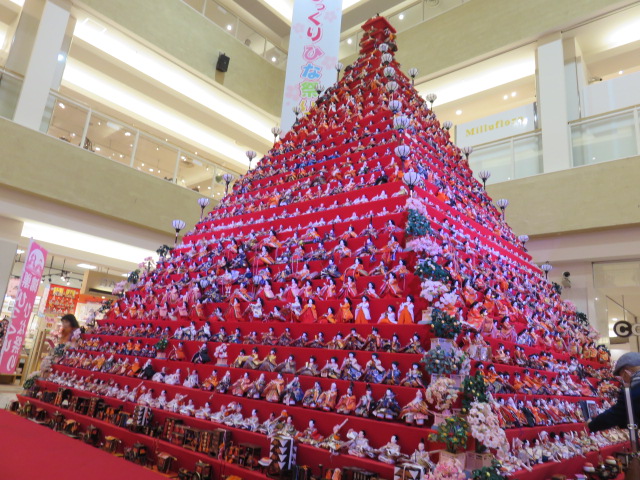 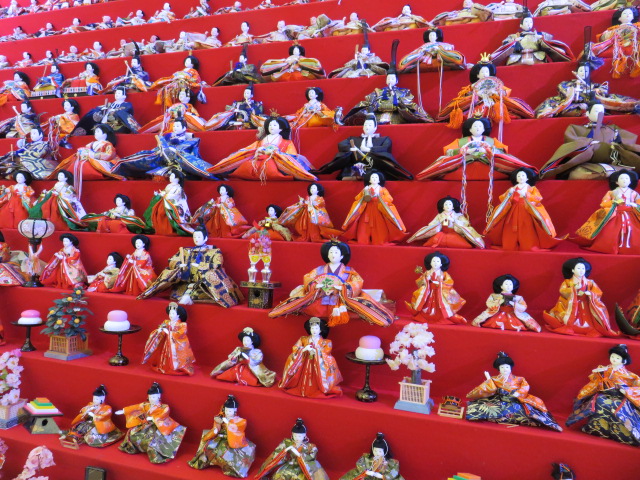 March 3rd is Hina Matsuri, or the Doll’s Festival for girls. We display a set of dolls and pray for the sound growth of girls in the family.
Our Konosu-City is famous for a major Hina-dolls’ production center from the Edo Shogunate period. About 1,830 dolls are displayed on the 31 Hina-dan ( or stairs) in a pyramid, which is 7m (about 23 ft) high at this time of the year. It is amazing display!! 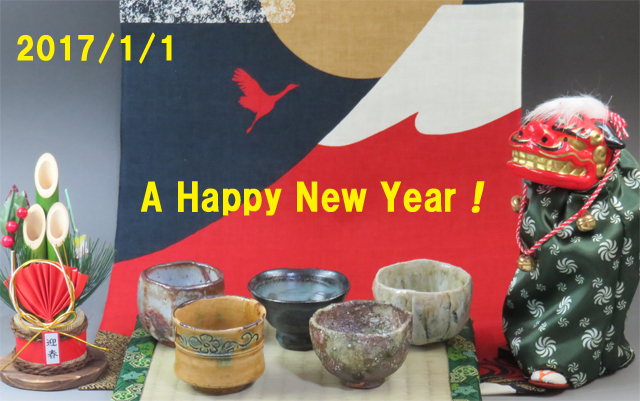 We would like to extend the best wishes from Online Sake Cup Shop to our customers ! May the New Year bring only good things to all of you !
(Sake cups from the back left to the front right : Mino-, Koito-, Tanba-, Seto-, Iga-Yaki) 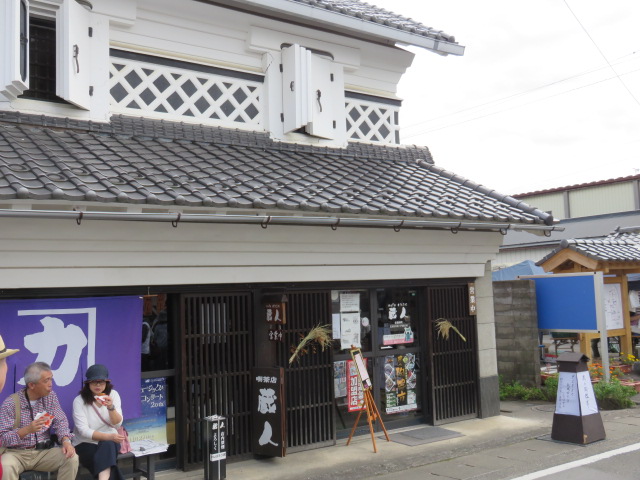 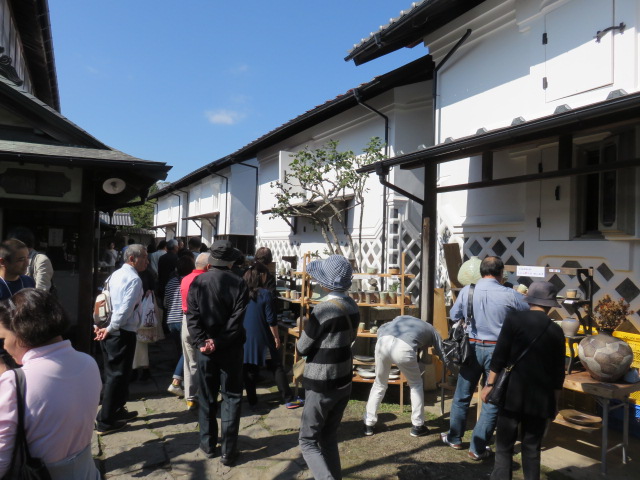 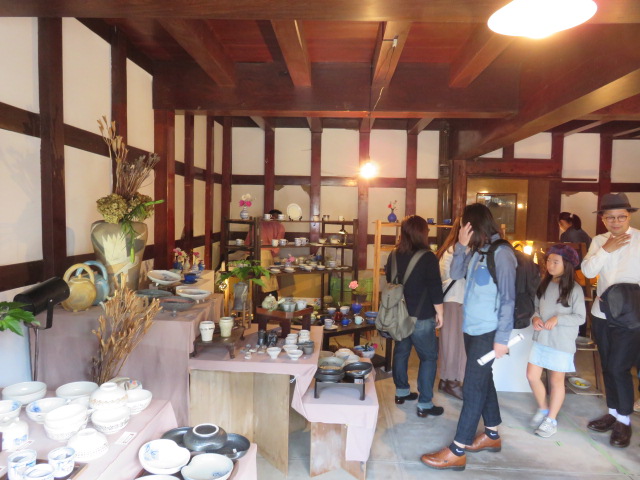 Many ceramic work festivals are held all over Japan all the year around. They are very joyful especially for pottery and porcelain lovers.
Here is “Miyagi Kura (storehouse) Ceramic Festival” held at Murata-town, Miyagi Prefecture October 14th to 16th . Potters from the northern mainland (Tohoku and Kanto) display and sell their proud works at the unused merchant storehouses, which were built in the end of Edo era. We can enjoy striking works and chats with potters under the nostalgic atmosphere. 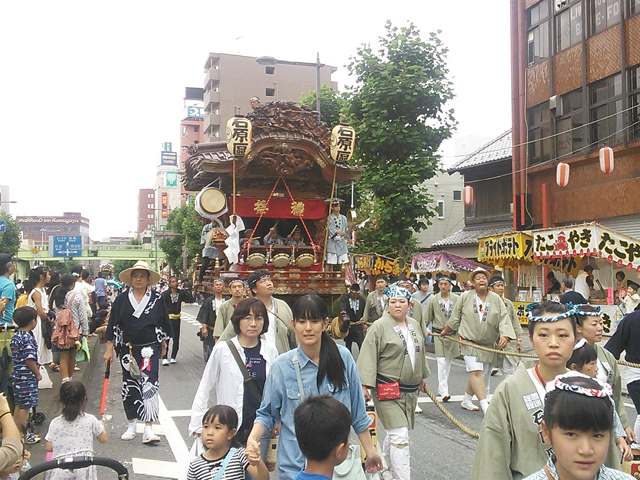 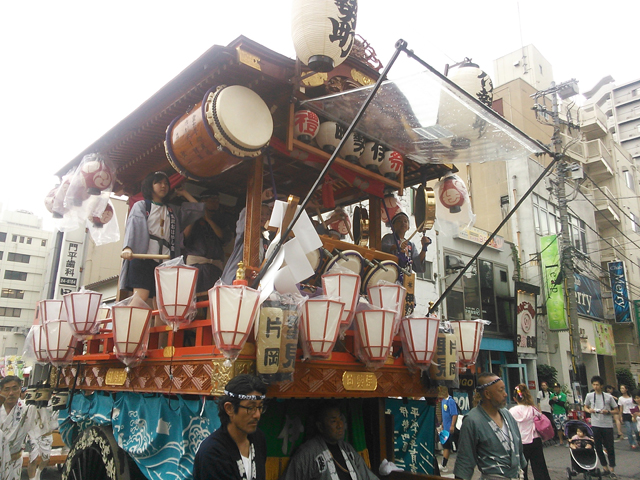 In the summer, there are historical festivals at many places in Japan. Kumagaya close to my place is not exception. It is called as “Uchiwa (fan) mature (festival)” because many stores and companys here give their originally fans away to audience attending the festival. Historically, it dates back to the 18th century to celebrate Kumagaya Yasaka Shrine which is a subordinate shrine of the Yasaka Shrine in Kyoto.
We enjoy the 12 floats decorated with ornaments and flowers and dolls and loaded with people (Children in many cases) beating drums and other instruments. 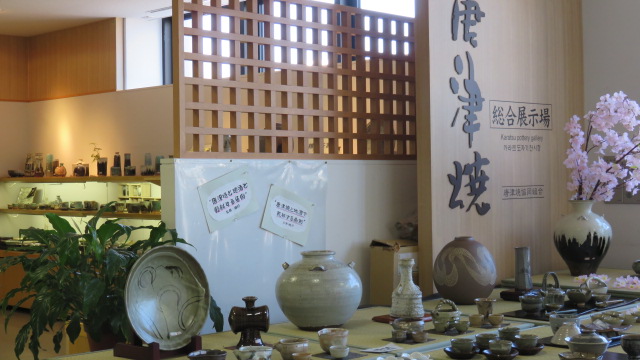 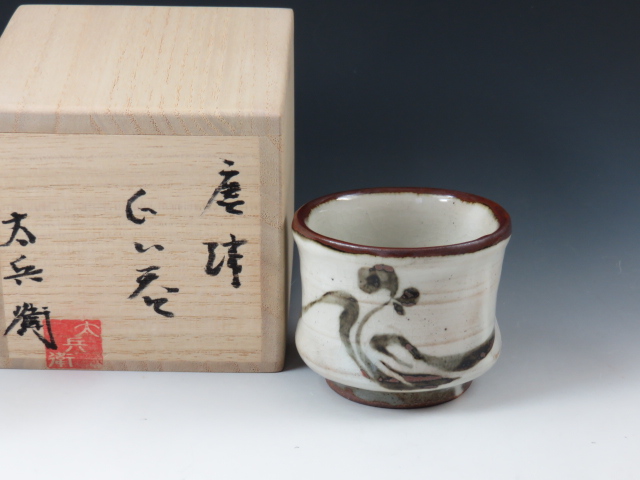 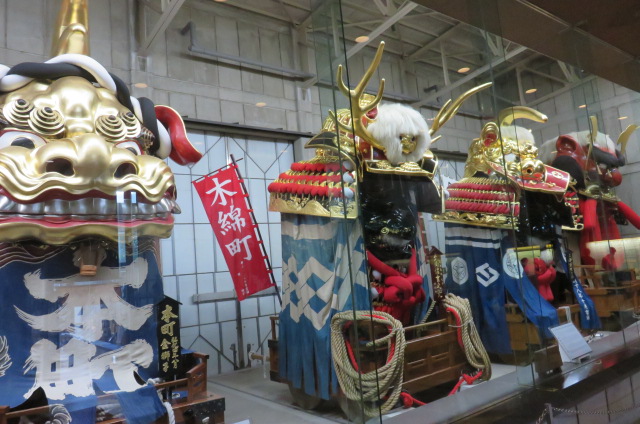 One of the famed pottery is Karatsu-Yaki in Kyushu area. On the end of 16th century, many Korean potters came over to Japan, which was epoch-making event for development of Japanese pottery and porcelain. Karatsu-Yaki was not exception in this case. There are many unique decoration styles, Chosen (Korean) Karatsu, E (Picture) Karatsu, Madara (Spotted) Karatsu, Dakatsu(Snake skin) Karatsu, Mishima(Inlayed decoration) and so on.
Tea ceremony was another factor to develop Karatsu-Yaki technology- and production-wise. In the world of tea, it was said that preferable tea bowl would be “Ichi Raku (No.1 was Kyo-Yaki), Ni Hagi (No.2 was Hagi-Yaki) and San Karatsu (No.3 was Karatsu-Yaki).
We can enjoy other traditional culture like the Karatsu Kunchi Festival and sight-seeing spots like the Karatsu castle in additon to the pottery in Karatsu city. 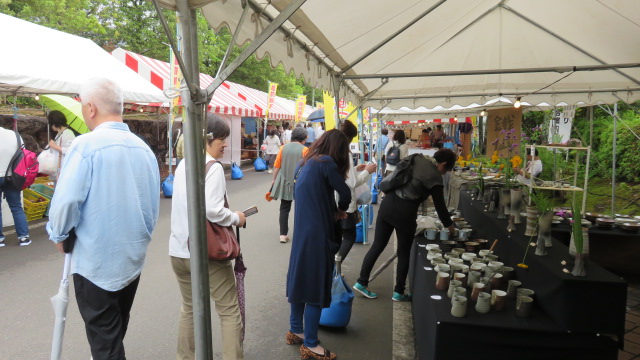 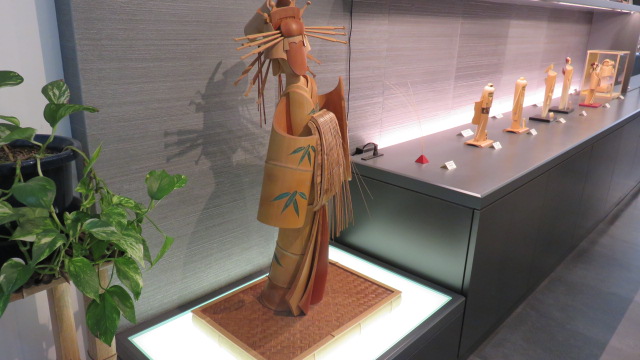 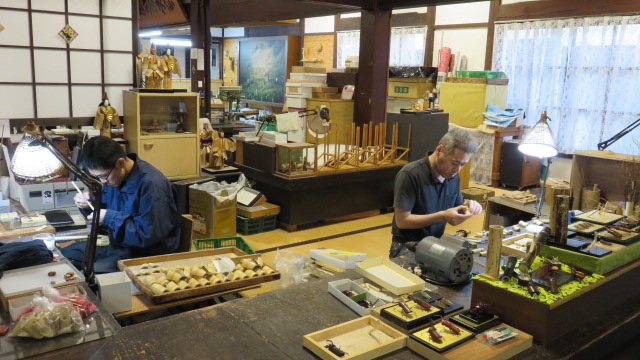 Echizen-Yaki is one of the well-known potteries in Japan. The three-days pottery festival was held with 60 potters participated on the end of May. Many visitors enjoyed the festival to see and to bargain about their favorite pottery products.
This area is famous for Take Ningyo, or bamboo dolls as well. The tourists can see sophisticated bamboo craft and its producing process at the Echizen Take Ningyo no Yakata (or center). They can buy bamboo dolls here as the matter of course. 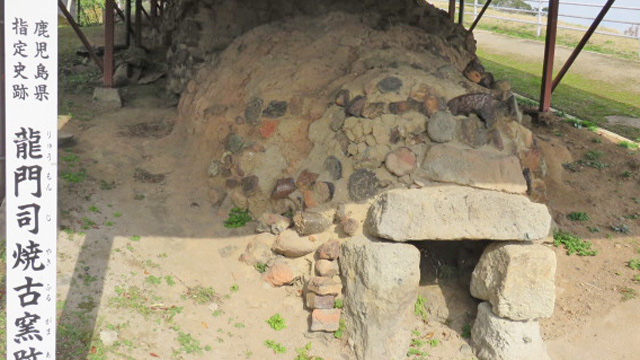 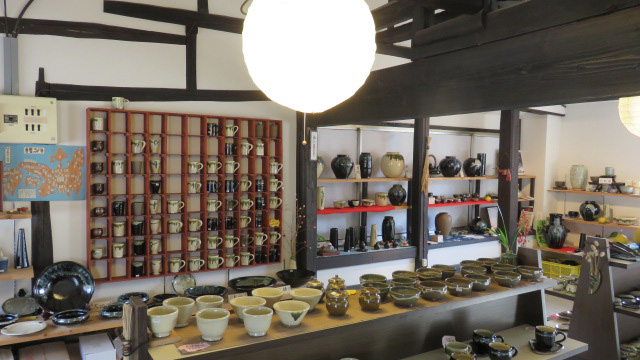 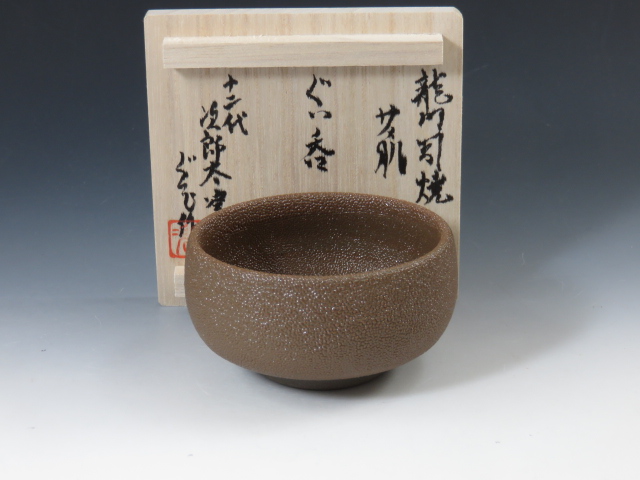 Satsuma-Yaki is traditional pottery produced in Kagoshima Prefecture. One of the features is wide variety of its style. Genealogy-wide, there are Tateno, Ryumonji and Naechirogawa systems. It is originated by Koreans under Shimazu clan about 400 years ago.
This climbing kiln is preserved as a site of historical kiln of Ryumonji-Yaki. There are two family who are actively producing traditional and unique pottery of Ryumonji-Yaki.
Photo : Old kiln, Jirota-Gama showroom and Samehada (shark skin) sake cup 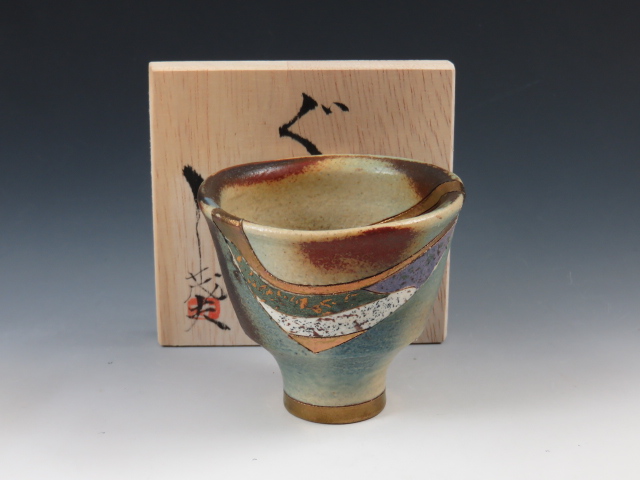 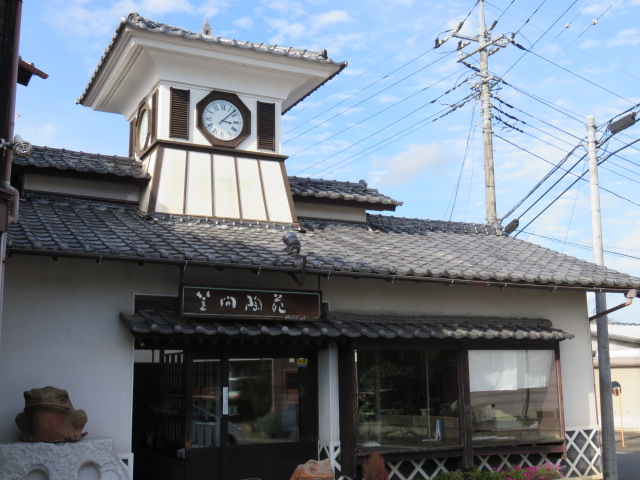 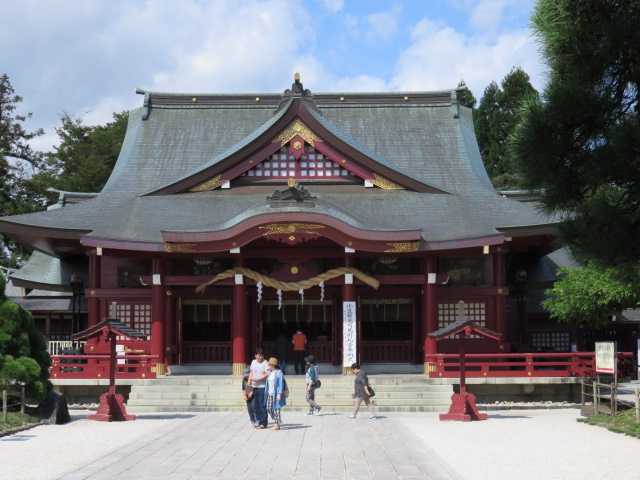 Kasama-Yaki is one of “ Traditional Craft Products” designated by the Japanese Government. It started in the middle of the Edo period(1600-1868). Since the location is near Tokyo (previously Edo), a big market, it has been developed as a supply center of kitchen utensils. Compared with other pottery production areas, Kasama-Yaki is referred as “No feature is a feature of Kasama”at the present. On the contrary, it is full of unique and striking pottery due to many challenging potters moved in the area.
Kasama Inari Jinjya (shrine) is another famed touring spot, which is known as one of the three largest Inari shrines in Japan.
(Photo : one of Kasama-Yaki galleries with a clock tower and Kasama-Inari) 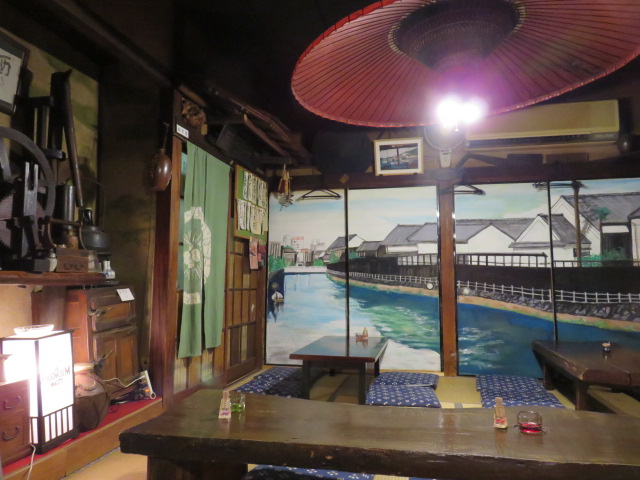 Izakaya, tavern in Japanese style is very popular for enjoying good drinks and food, and chat with friends and working associate. Sake, Shochu and its cocktail, beer for drink and Sashimi(raw fish), Tempura of fried fish and vegetables and many Japanese cuisine for food. Prices are very reasonable and an atmosphere is at home.
This Izakaya has a nostalgic air with various antiques and a large painting on a papered sliding door painted by the former shop master. On top of the decoration, the izakaya carry many variation of sake selected from the famed sake brewing areas. 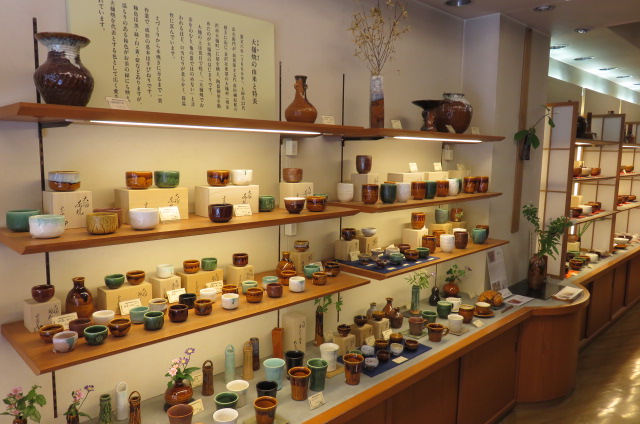 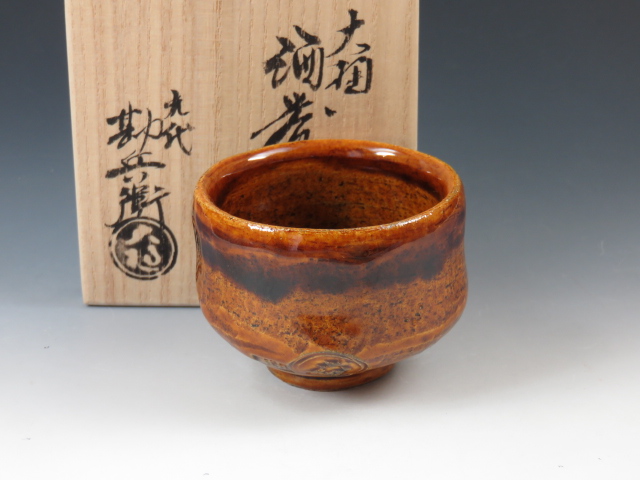 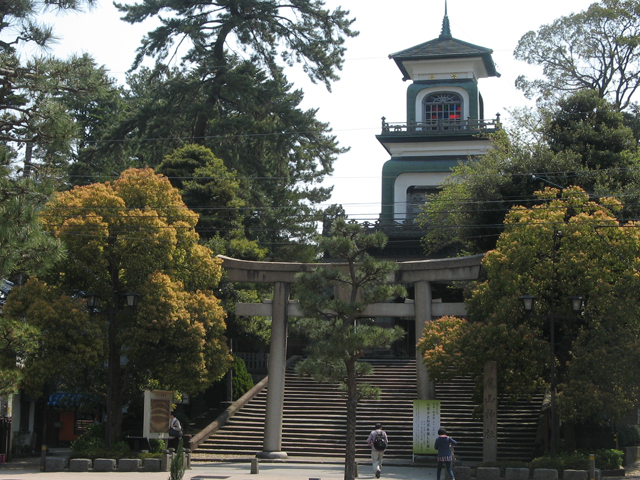 In Kanazawa (Ishikawa Prefecture) which is one of the popular sight seeing areas in Japan, there is Ohi-Yaki, traditional pottery with its long history. Nearly 350 years ago, the 5th lord of Kaga Domain, Maeda Tsunanori invited potters from Kyoto. Since then, the Ohi family has made pottery for the Maeda clan across many generation.
Ohi-Yaki is soft to the touch due to its characteristic “Ameyu”, or caramel brown glaze.
(Photo : A galley of the Original Ohi Kiln and a typical sake cup)
There is the Oyama Shrine nearby, which has an unique shrine gate in a western style in addition to the Japanese style.